Comprising five unique boroughs and home to roughly 8.6 million Americans, New York City is easily one of the most recognizable cities in the world. Whether it’s the Brooklyn Bridge, Statue of Liberty, or the Empire State Building, the city skyline is defined by some of the most notable locations we’ve come across in pictures, in person, or on the big screen.

As part of our Spotlight Series, we posted a few NYC-based locations that feature interesting architectural applications of wire mesh. But given the size and scope of the city that never sleeps, we thought it’d be best to do the city justice of posting a Part II.

In today’s blog, we look at 2 locations that feature architectural applications of perforated metal in the Big Apple.

NYC’s High Line is a historic public park located on the west-side of Manhattan. Built on what was once a decommissioned railway, the High Line now features gardens, public art and performances, and food and beverage stations. 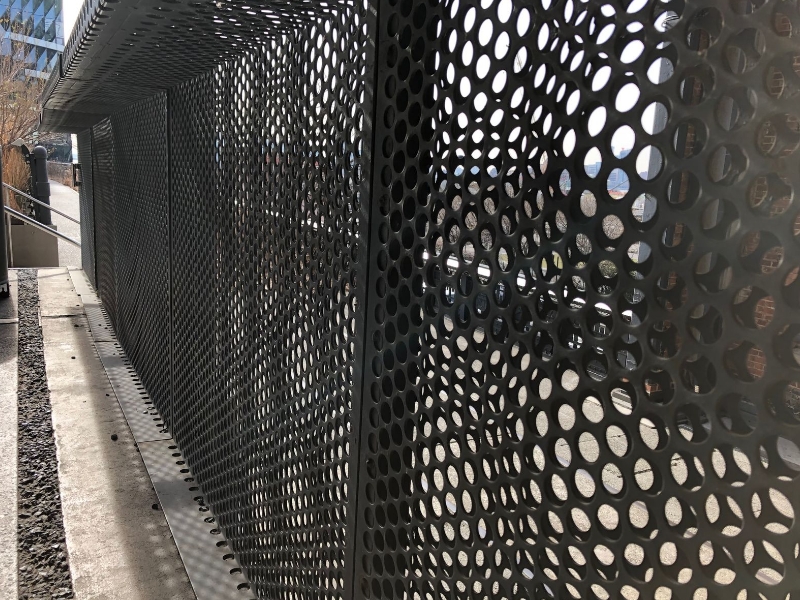 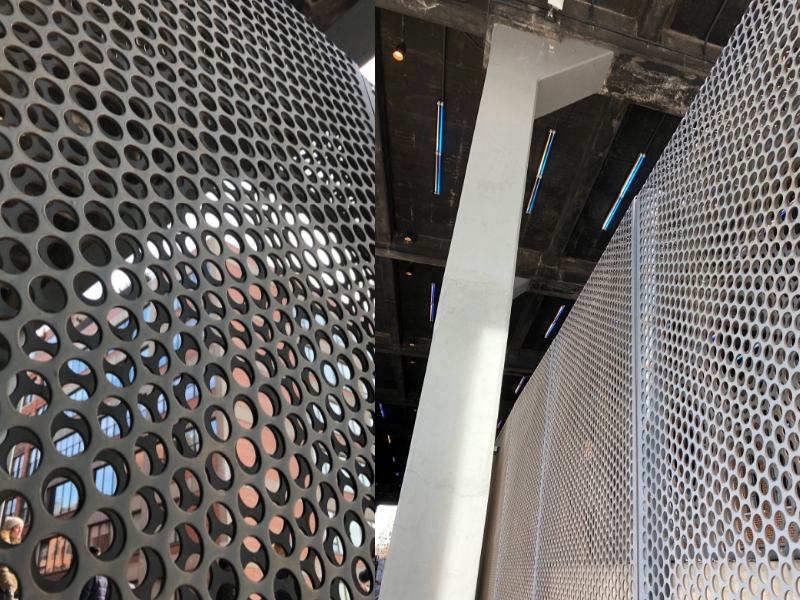 First established as a railway in the mid 1800s, the rail system was notoriously referred to as  “Death Avenue” due to the regular use of its street-level tracks by freight trains. By 1910, hundreds of lives were lost due to the street level crossing of the railway, which sparked efforts to prioritize pedestrian safety up until the 1920s. Eventually, the city’s transit commission ordered the removal of street level railway crossings and so began the construction of elevating the railway above street level and away from pedestrians.

As decades would pass, so too would the demand for trucking as the primary mode of transportation for goods into New York. This dwindled the amount of freight trains entering the city, and eventually rendered the high line railway system obsolete. The call to demolish the structure prompted community stakeholders over the following years to promote its preservation and re-development. 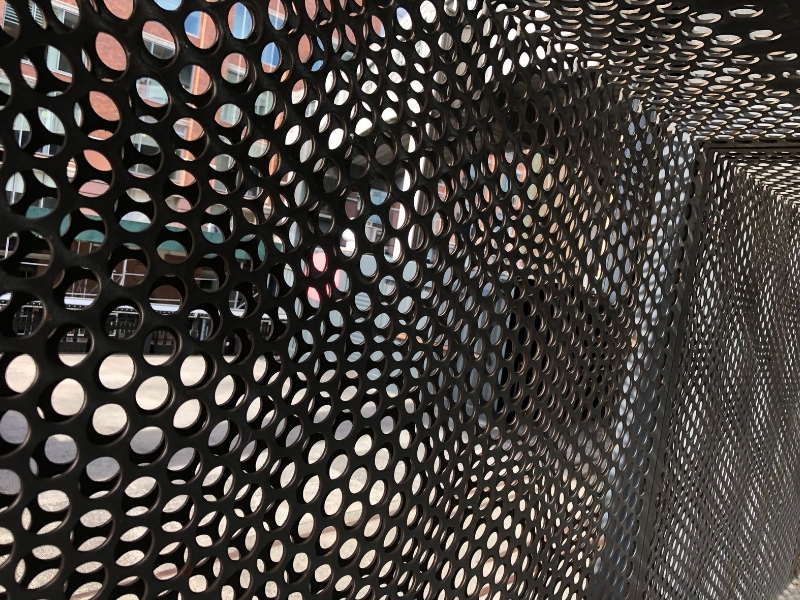 In 2004, a design competition was launched to seek new and interesting ways to redevelop and repurpose the High Line structure. Of the four finalists, James Corner Field Operations, Diller Scofidio + Renfro, and Pied Oudolf were chosen to begin designing the High Line.

The conversion process of the High Line’s many segments took years of planning and construction. The team first prepared the site by removing the old train tracks, sandblasting steel elements which would be put to later use, and making needed repairs. The second phase of this project was to develop the landscape. This included carving our pedestrian pathways, installing stairways, and steel girders which would serve to support the entire structure. The High Line was open to the public in June of 2009.

Today, if you travel along the pedestrian paths of the  segmented High Line, you’ll come across perforated metal railings. The railing effectively divides the path, however the perforated large circular holes in the barrier allow some visibility of the other side.

Times Square is arguably the most iconic location of New York City. As NYC’s major commercial intersection, Times Square features entertainment venues, and retail stores. Known for its bright billboards that line the buildings of the square, New Years Eve ball drop, and as one of the most visited tourist destinations in the world - it too, is home to interesting architectural applications of perforated metal. 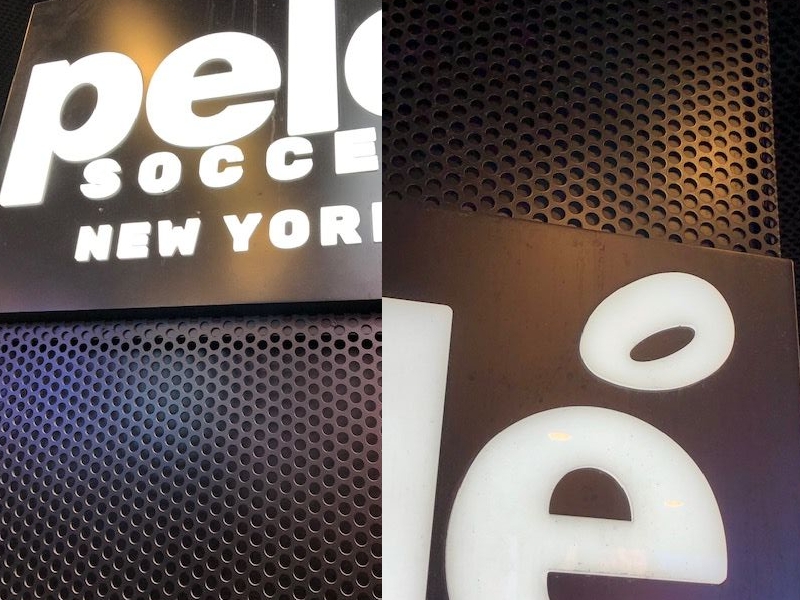 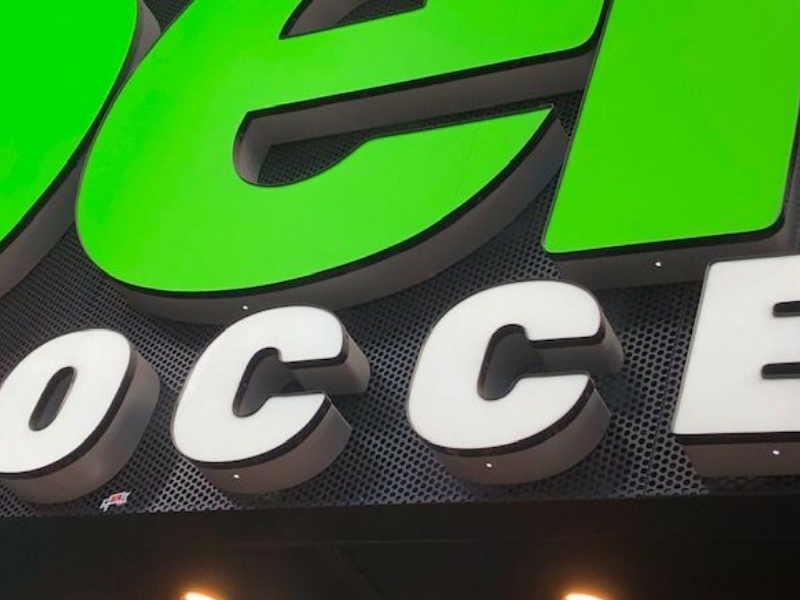 As its name may suggest, Pele’s Soccer is the flagship soccer store of Brazilian soccer star Pele. Soccer fans from all over the world visit Pele’s Soccer for jerseys, exclusive branded gear, and the interior stadium-inspired retail experience. Giant screens, bleachers, turf and other industrial stadium elements define the interior of the store. A more subdued use of perforated metal can be found as wall cover details, and as the background for store signage. 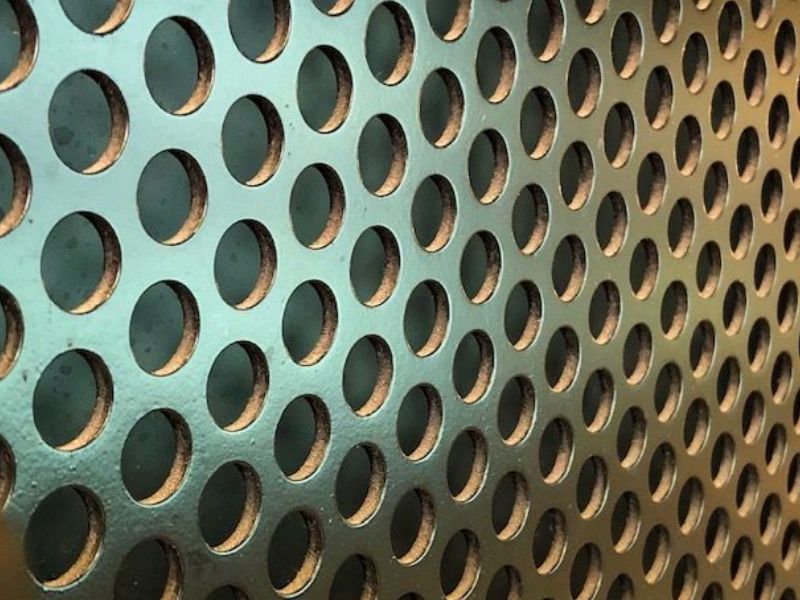 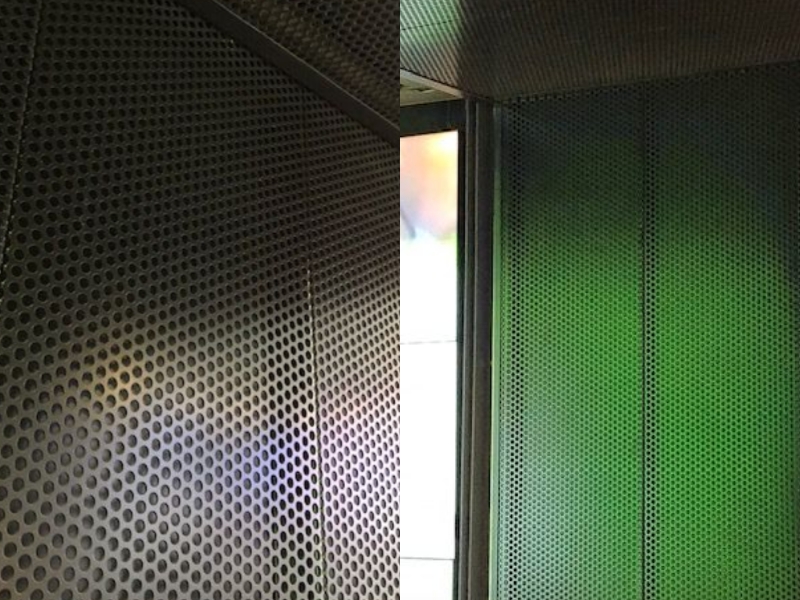